"Even when your kind appears to triumph ... Still we rise again. And do you know why? It is because the Order is born of a realization. We require no creed. No indoctrination by desperate old men. All we need is that the world be as it is. And THIS is why the Templars will never be destroyed." -Josef Furnace Cross 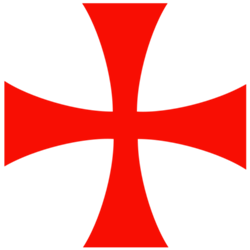 The Templars of Minecraftia is an ancient order, dating back to the days of Notch. They are heavily inspired by the Knights Templar. The Templars believe that vast unclaimed land is a waste, and that freedom is, in  a way, fuel for chaos, and that organization and the power of Science is and always has been the true way of life. Notch to the Templars is the only true and powerful leader, enforcing his power on those who practice witchcraft and/or corrupted potion brewing (unless it is for science). Their base of operations is in the snowy  mountains of Angmar and the surrounding lands of Mycelia and other parts of Olexia. There are outposts throughout Minecraftia, in warm deserts and abandoned mineshafts.  The Templars disguised themselves as a science industry known as Aperture Co. to hide their true agenda, so they could strike at the right time.

Apparently the right time has already come, and the  Templars have been expanding lands by launching expeditions and occupying kingdoms across Minecraftia. This has caused the ongoing First War of Minecraftia, and kingdoms across the land are being forced to choose sides or suffer from financial and ration issues.

The Templars mostly consist of a small group of "lords." The order grows daily, more and more knights taking the oath to Notch and the lords.

The Conquest of Sully

Retrieved from "https://mcplayers.fandom.com/wiki/The_Order_of_the_Templars_of_the_New_World?oldid=9083"
Community content is available under CC-BY-SA unless otherwise noted.