TechARTS is an odd fellow with his character and clumsyness, his love for milk is desirable and his pet hate for the texture and sound of gravel is a huge thing, will sometimes say something witty or just completely flawed and pointless making that awkward moment funny in a not so funny way.

TechARTS (Tech for short) was a part of a proud race of Drows that had congregated to the stars, Specifically Mars.

He was the first Drow child to be born on mars as a result of the big move, and as he grew up he didn't play well with other children, he was always a loner in his own way, instead of toys he would play with Technical Devices and learnt how to work alongside them, now adopting the nickname Tech because of his love for technology.

At the age of 19, he was starting to become very clumsy, always tripping over things and such, one day he was messing with the planets core systems that Controlled the planets ecosystem hoping to fix it and make life better outside on the surface of the planet for his fellow Drow colony, as he was getting up from a crouching position he bumped his head onto a lever flicking it on that had a label above it stating "Planet Self-Destruct Module - Pull in case of  emergency".

Red lights started to flash as a loud emergency klaxon was going off alerting the whole colony to the oncoming destruction, he pulls the lever back down turning off the alert as he looks around feeling awkward and starts to run for the emergency exit where the escape pod room is, he then climbs into a pod and activates the emergency release quickly putting on the pods space suit which was provided, he clips in his seatbelt and holds steady as he feels the firing mechanism shooting the capsule towards earth.

A year and a half later, his pod crashes into a ravine into a cave, he then emerges from the capsule unable to see around as it is so dark, he climbs to the very top as he peers over at the landscape feeling bewildered at the sight before him, it was all green and there was weird wooden structures with organic greenery on top of them, he then smiles and thinks to himself "this is where my adventure begins".

He goes to step forward as he feels his foot keep going down as he trips and stumbles back into the ravine...... hope you enjoyed the storie guys, peace!!

A quick example of a video Tech makes:

A portrait of Tech

A 3D Render Of Tech 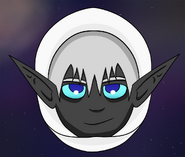 A Headshot of Tech

A sketch of Tech 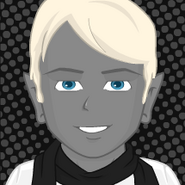 A Weird Variant of Tech
Add a photo to this gallery
Retrieved from "https://mcplayers.fandom.com/wiki/TechARTS?oldid=12053"
Community content is available under CC-BY-SA unless otherwise noted.