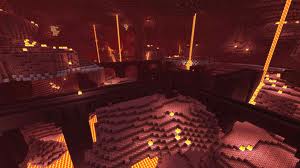 The Combine was formed almost immediately after the fall of Aperture Science, deep under the surface of Minecraftia, below the test chambers and offices. In a time of desperation, the CEO of Aperture, Jose Furnace, fled from the conflict and into a Nether Portal. The scientists soon followed. Unfortunately, the exit portal had been smashed by a Ghast, and the scientists were forced to build a new civillization below the world. They mined tunnels of Netherrack, smelting them into a strong Nether Brick. With the Nether Brick, they began building a massive fortress and claimed it under the name of the Combine.

More to be added.

Retrieved from "https://mcplayers.fandom.com/wiki/Combine?oldid=10991"
Community content is available under CC-BY-SA unless otherwise noted.